Financial stability is something that sounds so simple. Balancing a budget, saving for the future, and feeling secure in your financial abilities should be relatively simple… right? Well, if you’re in the rat race like the vast majority of consumers, you know that this is far easier said than done. So, what’s the deal? What is it that financially stable people do that the rest of us in the rat race seem to be missing out on? Well, it starts with these 5 habits: 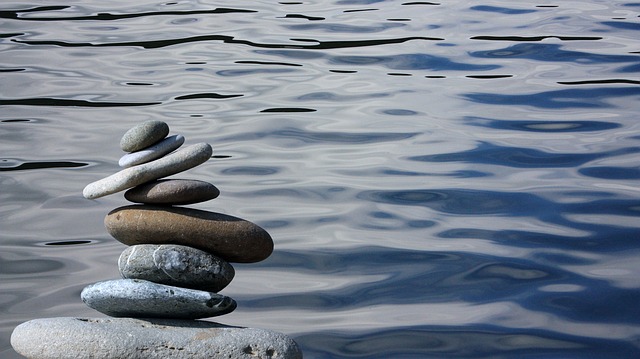 Habit #1: Always Know Where You Stand

A major part of the financial stability concept is to ensure that you never overextend yourself. After all, if you live within your means, falling into a financial hardship is far less likely. However, if you don’t know what your means are, it’s nearly impossible to stay within them. So, it’s important to get into the habit of always knowing where you stand. This includes knowing when your bills are due and exactly how much money they cost, knowing how much you will spend on other monthly expenses, knowing when your money comes in and exactly how much it is, and knowing exactly how much money you have on hand at any given time. Getting into the habit of knowing where you stand at all times will help you to avoid making those ancillary purchases that push you into the red!

Habit #2: Being Willing To Take Risks

While it is possible, making your way to financial stability by living the paycheck to paycheck lifestyle is an incredibly improbable concept. Those who reach true financial stability have worked their way into a relatively strong income. In general, this has to do with following your passion and turning it into a profitable opportunity. However, to do so, you’ll need to take risks. In fact, a person that you likely know very well, and has made it big with a net worth of $400 million, Tyler Perry is a massive risk taker, and those risks paid off.

Interestingly enough, Tyler Perry used his pain as a child that was abused mentally, physically and even sexually to create an incredible play. To bring this play to fruition, he would have to take massive risks that even led to him being homeless. However, it was this play, titled “I Know I’ve Been Changed” that put Perry on the map, leading to the massive success that he enjoys today.

While you don’t have to be comfortable with risking your home to realize your dream, as Tyler Perry did, making it big, whether that be as a writer, actor, or even a fisherman, will require a bit of risk taking.

Many people that live paycheck to paycheck surprisingly don’t have a bank account. So, when they get paid, they have to go to a check cashing store and cash their check, paying an exorbitant fee in the process. While getting a bank account can be difficult for first timers, it’s not impossible, and if you’re like Tyler Perry before he made it big, doing so could save you around $100 per month! Often times, we find ourselves dealing with recurring costs like these as a matter of convenience. However, what is this simple convenience worth? Is it worth your financial stability? If you ask the financially stable, they’ll likely tell you that a key habit of theirs is paying attention to all expenses and avoiding any unnecessary recurring expenses.

This one simple word is one of the most important in the world of any financially stable person. However, if you’re like many in the rat race, you’re thinking, “I don’t have any money to save.” The truth of the matter is that you don’t have to start with a lot of money. In fact, starting with a dollar a day will yield you $365 in savings per year. Surprisingly, a very large percentage of Americans, 21% to be exact, don’t even have a savings account. Not to mention that 62% of Americans have less than $1,000 in savings. However, financially stable consumers have become in tune with the habit of saving, and for them, it has paid off handsomely.

Being financially stable doesn’t necessarily mean that you’ll never need, or want to get a loan. The truth of the matter is that regardless of income and financial stability, most people that purchase homes use mortgages, and cars are either leased or purchased on loans in most cases as well. Also, financially stable individuals use rewards credit cards to rack up points and perks. However, the key is maintaining good credit, which means responsible use of credit. Going back to the living habit #1, even when swiping a credit card, financially stable individuals are in the habit of knowing where they stand and how much money they can pay off in a reasonable amount of time. Not only does this limit or completely erase interest paid on debt, these habits maintain a good credit score. This good credit score leads to reduced costs on mortgages, auto loans, and other loans, ultimately stretching the almighty dollar even further!

While few who have it will ever say that financial stability was easy to achieve, it is not impossible. At the end of the day, it all boils down to adjusting personal financial habits to build a strong financial foundation. The 5 habits listed above are a great place to start!