Relationship Advice: When Is It Time To Say Goodbye? 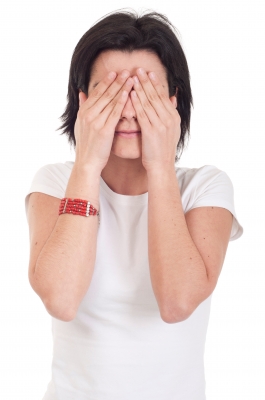 Each and every one of us has doubts about our relationships.

We all go through doubts, even I have at different intervals of my life. What about when the doubts begin to take over your life?  It also depends on the person you’re with too. For some, the doubt hit me right away and I made the choice to leave. With others it took me a while to reach that point, though the red flags were staring me right in the face.

It just depends on if you are choosing to see them or not. For some  relationships, it took me a while to come to grips with the idea that it was time to say goodbye. Others made the choice for me and it turned out to be a blessing in disguise later.

What are you supposed to do?

As I said, it’s perfectly normal to have doubt when you are with that certain someone. But what if that doubt continues to overwhelm you and make a nuisance of itself?  Could it be that we are overthinking the situation? Or is this magnified doubt a way to simply push us out the door much faster?

Do the two of you spend more time fighting and less time effectively communicating in a productive fashion? I mean you may make up afterwards, but that won’t last very long. Over time the making up or the makeup sex will be come redundant. There is only so long that this can last, before each of you gets tired of it. Is he less interested in working towards a common goal.

Does he care more about his stuff and less about what you are going through. Even if he knows that he has been a jerk, does he not really show concern or care about it? In other words, does he not make the effort to apologize. If he does make the effort to apologize think about how and why he is doing it. If he is doing it strictly out of guilt and just to have you back in his life, this is a red flag right there. Because he doesn’t mean it. He may say that he does, but trust me, he does not.

Do you embrace change, while he goes out of his way to avoid it? This could be a major problem for the two of you. If one of you evolves while the others one doesn’t, chances are you may need to turn the page and start over.

You need to have a shared vision.

If you aren’t in this together, WHAT exactly are you doing? You need to ask yourself these questions. Because you can’t hold onto the past. If someone is holding onto an old feeling and can’t seem to get passed it, maybe it’s time to say goodbye. If the person doesn’t seem to care that you are not responding to them, this is also a clue that you need to maybe think about moving on.

Don’t stay where you are not wanted.

I mean if he truly doesn’t value you in the relationship and he only thinks about himself, you should think about cutting the ties. Also if he values only what you bring to the table and not you as a person, this is also a red flag.

It’s important to give him space and time to figure things out, but what happens when your relationship has been built on nothing but space?

When it comes to relationships, he needs to give you a genuine reason to stay, otherwise you will be seen as the fool.