Living College Life as a GDI

I went through college and never once considered rushing or trying to join a sorority.

In my head, I thought that sororities were just a place that is less about sisterhood and more about telling people what to do. I would hear horror stories of women being told when and where to be and how to look and act at all times. Some people like living this way and believe the good things (meeting people similar to you, volunteering, etc.) outweigh the bad. 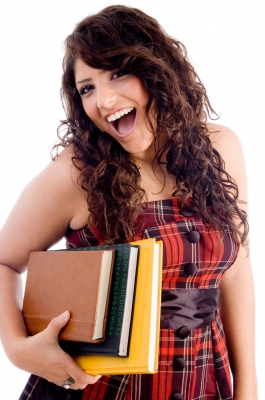 I lived my college years as a GDI.

I spent way too much time telling people that I wasn’t Greek and then explaining why I choose not to rush. I would usually say “I don’t like people telling me what to do” if I was being snippy. The only times I would get snippy about answering that question was when people would stop talking or change attitudes after figuring out I wasn’t in a sorority. When engaging in real conversation, I would tell people that I couldn’t see myself in that kind of setting and that my closest friends in college are my “sisters.”

Finding other ways to interact

Greek life isn’t the only way of life on college campuses, even though it may feel like it at times. Find other groups and activities to join. Check out the latest sports or club sports tryouts. Look into finding a campus job where you’ll meet other students like you and meet some great mentors. Also, get into your class work and maybe find a way to combine it with real work. Find an internship to take up that extra time. Or… just hang out. Some people don’t like the busy, hustle and bustle life style and if you’re one of those people go ahead and let the minutes pass by.

Going to all of the parties

The best thing about being a girl in college is that fraternities want warm female bodies to fill the room and they don’t care what affiliation they have. I still went to a lot of parties in college and I had a great time at them. I met awesome people and bonded with some really fun friends. We still reminisce about highlighter parties, 90s themed shindigs and kegs and eggs cookouts. So, if you’re afraid of still being socially active after choosing to be a GDI, you will be fine! Plus—you will just bar hop when you’re 21 and you won’t be denied any outing.

Guess what? I’m out of college and there’s minimal talk of sorority/fraternity banter. A lot of my new friends from work were in a sorority in college and proudly wear their letters on workout shirts and bumper stickers, but now it’s a lot easier to be on the same level. People in college tend to put GDIs and Greeks in two categories—making one number one and another number two (depending on your affiliation.) It’s not like that in the real world.

You’re out of the little bubble you used to live in and whether you have sisters by blood or sisters by pledge, you will step out of college with some of the best friends by your side.

Lexy is the Assistant Editor at LadyChoices.com and also a News Producer for WDRW, a CBS affiliate in Augusta, Ga. following local, regional and national news. She was the inaugural Executive Editor of TCU 360, Texas Christian University’s digital first student media team.