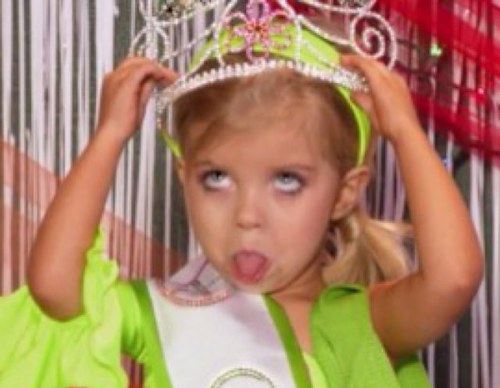 If you search Twitter these days, you can pretty much find an anonymous account for almost anything.

I’ve often wondered just what it takes to have a successful anonymous account and how much time goes into putting forth your alter ego on Twitter.

There are many accounts out there, but there are few who have really “made it” in the anonymous Twitter world.

One of these is the very popular @spoiledbratprbz, who at the time I wrote this blog, had over 65,950 followers. I was able to talk to the girl behind the anonymous account and get the scoop on what it takes to have a successful following.

The first day of @spoiledbratprbz came in December 2011.

“One day I was just talking to my best friend about how much easier it would be to tweet whatever I wanted without repercussion if I was anonymous and so it began,” she said.

“My friends and family never cease to remind me that being an only child has made me spoiled rotten with a side of bratty. It seemed pretty appropriate,” SBP said.

And, of course, I’m sure you’re wondering how SBP went about choosing her now-infamous avatar.

“’Toddlers & Tiaras’ is one of my obsessions (naturally), so it only seemed right my AVI came from it, and I now vouch to never change it,” she replied.

From launching the account, SBP says it took a little while to hit 10,000 followers but says she’s gained 50,000 in what seems like no time at all.

I couldn’t imagine having 1,000 followers on Twitter, let alone 60,000. One of the biggest questions I had for her was just how much time she spends tweeting as her anonymous alter ego.

“I basically use this account as my personal. I haven’t tweeted from my actual personal account since I started this one because it’s all true to my daily life. So, pretty much the same amount of time any avid Twitter user spends,” she said.

For me, even though I have a small following on my personal Twitter account, I sometimes use third-party tools to schedule tweets to make sure my posts get the maximum exposure. SBP says her tweets are all just stream of consciousness.

“I just tweet whenever I feel like everyone should read what I’m thinking, which seems to be pretty often,” she answered.

When you have as many followers as SBP does, you have the ability to monetize the account. So, in theory, SBP could make money from her anonymous account. But, she says, that’s not something she’s interested in right now.

“This is just a Twitter account about my life, and I’m not here to make money from it,” she said.

Even SBP is not even 100 percent sure about what attracts people to follow her.

“Apparently there are a lot of people out there that can relate to my life, and I love it,” she said.

But even though her account is anonymous to most, SBP says most of her friends and even some of her family members know about her account.

But, don’t worry, if the cat ever gets out of the bag and her identity is revealed, SBP promises she will keep the tweets coming.

“It wouldn’t stress me out too much, actually,” she said. “I would definitely keep the account; I feel like it wouldn’t be that big of a deal.”