How I Lost My First Job before Graduation 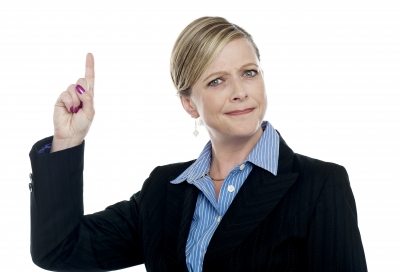 Most people think that their biggest task after college is finding a job. Although it is challenging, given the current job market, there is another aspect to being an adult that is even more difficult: keeping your job.

Despite putting in three and half years of hard work in college, I somehow managed to be the girl that got her first real job and lost it, before I could even officially graduate.

I graduated from college a semester early in December, thinking that the job search would be easier. Unfortunately, the opportunities were slim and weren’t exactly looking for a recent graduate. By the end of the month I was at the desperate. I had sent emails out to possibly 50 different magazines, newspapers and website. Only one answered me, and offered a paid internship.

I accepted in a heartbeat.

The company was starting a second magazine focusing on businesses in the tri-state area. It targeted C-level executives and people whose Christmas bonus equaled more than I’d ever earn in my life. My position entailed gathering information for the magazines list of leading businesses, a section that included over 30 lists and 50 pages.

At first, I loved my job.

I was the only intern with a Journalism degree, so I was granted the rare writing opportunities. I helped the publisher write business letters, proposals and contracts. Even though they weren’t articles, I appreciated any opportunity that got me away from cold-calling businesses and asking about their revenues.

During my second week, the event planner quit so my boss sent me downtown to oversee video shoots and interview awardees for an up-coming event. A week later I was asked to write an article for events magazine and turn it in the next day. Another week and I was put in charge of the entire list project, which eventually expanded to me training and leading a new design team.

By my second month with the company I felt hopeful that it would turn to an actual job. I only had a few weeks left in my internship, but I was also in charge of an event that was a month after my last day. During a meeting with the publisher, I reminded him that my internship was ending soon. I told him that I wanted to stay with the company, but that I needed to be paid more. With no benefits and being paid slightly over minimum wage, there was no chance of my moving out of parents’ house and paying back my student loans anytime soon. My boss confirmed that he wanted to keep me as an employee, but that he didn’t have any money to spare. Although I was disappointed, I reminded myself it was worth not having to return to the job hunt again.

Unfortunately, things began to sour after that meeting.

I was being assigned less and less work that was related to my position. I had explained that my interest was in writing to the publisher from the start, but he wanted me to switch to event planning. Then he wanted me to move into sales. Both times I reminded him that writing was my passion, but thanked him and started working on his next business letter.

By the end of my third month, I was basically serving as a personal assistant. I’d wake up to 13 emails with two vague words. I called his maintenance man for his rental properties, scheduled appointments with friends and business contacts, and even drove downtown to pick up his baseball tickets.

I was miserable, and it was getting harder to hide.

My days consisted of waking up for 7 a.m. meetings where my boss would leave without talking to me, lunches that were interrupted to go over a publisher letter and afternoons waiting for emails as I began checking job boards.

Then, as my worst week at work ended, so did my job. After a full-staff meeting, my boss pulled me aside in an empty office. The second I sat down, I idly thought, “I’m going to get fired.” Instead, he “ended the internship” because the company didn’t have enough work for me. As I gathered myself and prepared to walk out the door my boss said, “Unless you would do sales. Because we’re probably going to hire another sales person next.”

Although I was far from happy, I was relieved it was over.

The communication between my boss and I had deteriorated drastically, and neither of us were able to give the other what they needed. I’m thankful for the opportunities I received with the company, especially as a recent graduate. But in the end, it simply wasn’t working anymore.

The next Friday, I returned to my college. I smiled for pictures with friends whose future was just as uncertain as mine and ignored the stress gnawing at my gut. As I walked across the stage, I realized everything I had accomplished, not only in the past three months, but in the past four years. And although I was technically graduating without a job, I knew that I was going to be fine.

I lost my first job. Do you have a similar story to share?