How I Became a Snapchat Convert

I heard about Snapchat for a while here and there, but I mostly thought it was an app people used to send one another dirty pictures. 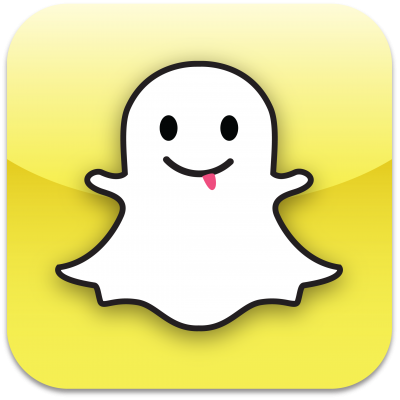 That’s why I was so confused when my younger cousin asked me if I had an account. I wondered if I should call her Mom and let her know what was going on (was she sending dirty photos?), but after I did some research, I (thankfully) realized that Snapchat is a lot more than what meets the eye.

What the heck is Snapchat?

For those of you who are unfamiliar, Snapchat is an app created and developed by two Stanford students that allows you to send pictures and videos for a limited amount of time. You set the timer for up to 10 seconds before sending. Once your friend opens up your “Snap,” it disappears forever after the time runs out. Your friend is able to screenshot the photo, but you will get a notification if he or she does. You can also add a typed caption or draw on the photo, which makes for some additional fun.

Snapchat has been tearing it up in the app world, with some reporting over 150 million “snaps” are being sent every day! It’s an app that has caught fire among many different age groups, ranging from high school all the way to Wall Street.

I drank the Kool-Aid

I realized recently that many of my closest friends have Snapchat and were sending each other photos and videos pretty much all day long. What I didn’t understand was how someone could take so many selfies of themselves in the same day. Wouldn’t you get tired of looking at yourself at some point? Are people really that narcissistic?

As time went on, I kept hearing more and more about Snapchat, and it started to annoy me because I hate not being on top of the latest tech trends. I ended up being forced into joining Snapchat after I had to leave a group vacation with friends earlier than the rest of them. While I slumped through my day at work, I wondered what they were up to and if they were having fun. I asked them to send me photos, but they told me they would only send Snapchats. Because I was so desperately bored at work (and already missing my friends), I decided I would give it a  try.

Since that day, I’ve basically become addicted to the app. What I’ve come to realize is that Snapchat is a way for you to live in the moment with friends from both near and far. It’s a way to share what you’re doing in real time without the whole world being able to see. And no, people don’t just send selfies. You can send a video of what you’re doing or maybe a photo of your dog with a silly caption — everything is game.

It’s a way to express “TGIF” with a silly face or maybe a video of you sipping on your alcoholic beverage of choice without having to worry about getting judged by our hundreds of Facebook friends, many of whom you probably don’t even know that well. It’s a little liberating being able to be social yet private at the same time.

If you’re on your summer break from school and are desperately missing your friends, I recommend giving Snapchat a try. It helps create a bridge between you and people thousands of miles away. It will also bring a smile to your face when you see the Snapchat mascot (a ghost) pop up on your screen, alerting you to a new photo or video from a friend.

While I recommend the app, I do have one word of warning. Like any app or other social media website, you are never fully in charge of your privacy. Remember that people do have the ability to screenshot your posts and that they can still post it elsewhere. Even though Snapchat is a way to keep your private life on lockdown while still sharing with friends, I would be wary about sharing anything you would be really uncomfortable with your mother seeing. Be smart!