Your New Years Resolution: Be Yourself. It’s Complicated Enough.

How are your new years resolutions going? Did you drop 25 pounds by working out 17 times a day all while quitting smoking and getting laid 50% more than you did last year? 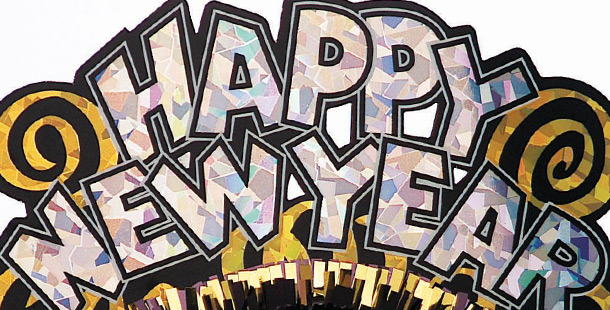 Resolutions rarely prevail. We set our sights high on changing, rather than improving ourselves.

This New Year’s I’ve decided to work on me. Is that corny? Absolutely. Do I sound like I’m preaching something right out the Disney Channel? Possibly.

1. You’re going to eat this year, so stop telling yourself you won’t.

It’s interesting how on Dec. 31st everyone feels fat. I was unaware that Dec. 31st was a fat day. 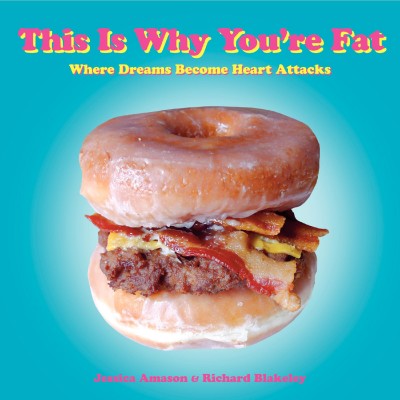 To be honest I was feeling quite healthy on Dec. 31st, so it irritated me that while out on New Year’s a drunk college girl asked me why my resolution didn’t revolve around some sort of starvation.

Yes, she may have been six vodka tonic’s deep by the time she said this, but the underlying message was there: “It’s a new year, so I’m ‘gonna get skinny.”

This is stupid (and so was she).

Did you know that we (along with bears and other wild creatures) hibernate during the winter to keep warm?

Yes, there may be some scientific reason to explain the surplus of Oreos and pastries you’ve consumed since temperatures dropped. Your body tries to produce more fat to keep you warm and help you make it through the cold winter months.

Rather than completely cutting-out your guilty pleasures, simply eat them in moderation. Add 30 minutes of cardio three days a week and you’ll be well on your way to dropping weight and lookin’ damn good in your banana hammock come June.

2. You’re going to spend money, so stop telling yourself you won’t.

Some of us absolutely stink when it comes to financial responsibility and “living within our means.”

It’s easy to look at your bank account, freak out and try to stitch the burning  hole in your pocket by becoming stingy and cheap.

Sit down and think about your finances. Set aside some “social spending money” (AKA money for cover and other related activities) and really commit yourself to saving.

Rather then getting yourself a $7 Starbucks twice a day, treat yourself twice a week. Or start drinking the coffee in the cafeteria, cafe, or library, anywhere that doesn’t cost you extra money.

It also helps to write down what you spend in one week to determine where you’re “frivolous” spending takes place.

Mine happens at Dunkin Donuts and Forever 21. This year I was under the impression that swiping my debit card at both places was taking fake money from my real bank account.

After having a “Big Girl” conversation with my dad, I slowly realized that I am sort of financially clueless. I felt better after we looked at my bank account and made some financial plans for this semester.

Five points and two thumbs up for my Dad, Jeff-what a guy. Cheers Dad! You go Dad!

3. Flirting is fun. Don’t tell yourself you won’t do it.

Look, we all flirt.

We flirt with the opposite sex, the same sex, and whatever else kind of sexes I’ve unintentionally left out. We even flirt when we’re in relationships (insert “shocked/surprised” emoticon here).

Some of us have “flirt-ier personalities than others.” My brother actually thinks I’m a demon child because I happen to flirt on occasion. It’s not like I won “most flirtatious” in high school or anything, (I actually won “most happy-go-lucky!”)

When your excessive flirting beings to hinder your ability to create solid friendships with people of the opposite sex or same sex, it may be time to re-evaluate who you flirt with….but don’t stop flirting all together!

Why? You’ll start flirting with anyone who has a private part between their legs. (AKA: FLIRTING WITHDRAWL).

The point is that, “We R Who We R” and Dec. 31st isn’t going to magically change that.

So lets drink to us, and only us this year.

Jenny was proudly raised in New Jersey and is currently a junior at the University of Connecticut. She is a journalism and communications double major with a focus in broadcast journalism. While writing for collegecures.com, she also interns for Victoria's Secret, leads tours on campus and writes for her school newspaper, The Daily Campus. Jenny is excited to begin her career in the broadcast industry and hopes to one day be the co-host of Good Morning America. She also loves to eat cheddar goldfish while watching Law and Order SVU. Jenny wrote for College Cures from January to February 2011.