Major Indecision: Why It’s Okay to be Undecided

“What’s your major?” Have you been asked this question about a thousand times already?  If not, you probably haven’t started college yet. Right behind “what’s your name” and “where are you from,” questions regarding major or field of study are some of the most sommonly used during introductory conversations. So, are you behind if you haven’t decided on a major yet? Read on, you undecided majors, for three reasons that explain how you’re right on track! 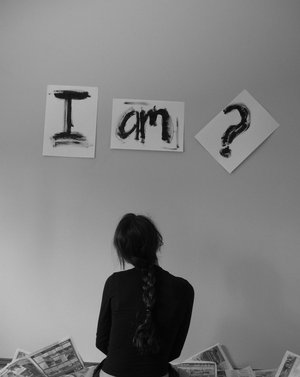 You Get to Explore

Let’s state the obvious: you’re an undecided major because, well, you haven’t decided what to study. This means that once you get to college, you have a whole variety of random classes to take that you otherwise may not have glanced at. You can take some exploratory classes to introduce you to topics that may be interesting. Or, some colleges even offer classes tailor-made for undecided majors to introduce them to many different fields of study. How sweet is that?

The good thing about taking random classes, too, is that some of them may count towards your university’s core curriculum. I once took an Archaeology class just because it sounded interesting, and it ended up giving me credit that I needed as a natural science. So, you get to explore classes that may be random, but interesting to you while also working toward graduation requirements. Now, I’m not saying that decided majors can’t do this, but undecided majors have a little more flexibility right off the bat in choosing courses.

Imagine that you’re a Bio major. You’re sure that you want to go the science route and become a famous open-heart surgeon. That is, until you take History of Rock ‘n Roll for your fine arts requirement and discover the inner music historian you never knew you had! Problem: It’s your Junior year and you’re already well on the way toward fulfilling your Bio degree requirements.

As an undecided major, this situation has the potential to be minimized. You don’t feel the need to “have” to take certain classes right away, so you have an open mind to changes. Also, because you may be emphasizing core and other introductory coursework, you may find a class that ignites a hidden passion earlier than one who is focusing solely on their intended major. Also, you can change your mind a few times about what you want to study without having to officially change your major with the registrar (over 50% of college students change their major at least once, by the way).

Sometimes, there seems like there’s a big rush to get your degree requirements done right away. While it is true that someone with a specific degree in mind usually has more room to creat multiple majors and minors, really, if you think about it, you do have plenty of time to explore classes to figure out your major and complete it on time. A major usually requires somewhere around 30 credit hours, or 10 courses. And those 10 courses are over the span of 8 semesters (8 semesters x 5 classes a semester= 40 classes). So really, you have lots of room to fill.

Besides, what other time in your life will you be able to take classes that you may have always wanted to take but don’t fit into a degree plan? I took Astronomy as a freshman because I had always been intrigued by it and I was trying to fill some credit hours in with classes I thought I may like (yeah, I was undecided). I ended up loving it and becoming an Astronomy minor! I seriously wouldn’t have considered it if I already had a certain area of study in mind. 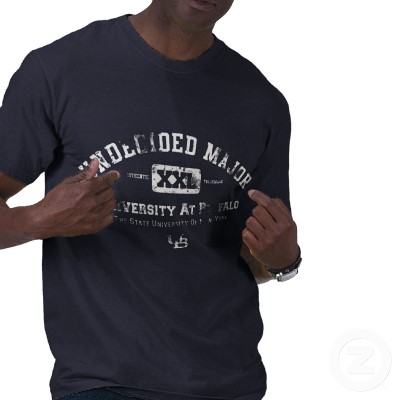 When I was a freshman, everyone seemed to have a major all picked out. If it’s the same for you, then by saying, “I’m undecided,” you’ll be able to catch people off guard and generate discussion that’s a bit different than the norm.

So, don’t be afraid to decide to be undecided! But, with all of these perks of being undecided, just don’t forget to declare a major by the time you need to (usually by the end of your second year)! Good luck!