FRIENDS: Do We Pick Our Friends or Does Our DNA Choose For Us?

One of my best friends and I are almost always shocked at similarities between us. We joke around that we’re twins from different uterus’s. This kind of friendship isn’t novel–we all have friends with whom we instantly click. Ever wonder how?

A new study is suggesting that the chemistry we feel in friendships and relationships is due to similarity in at least one of two genes!

“This is the first step towards understanding the biology of ‘chemistry’ — that feeling you have about a person that you will like or dislike. We may choose our friends not just because of the social features we consciously notice about them, but because of the biological features we unconsciously notice,” said Dr. James Fowler, professor in the School of Medicine and the Division of Social Sciences at the University of California, San Diego.

The two genes that may be determining factors in forming friendships are the DRD2 gene, which is associated with an outgoing personality and is also linked to alcoholism, and the CYP2A6 gene, which is responsible for coding protein and affects how the liver metabolizes foods and drugs. 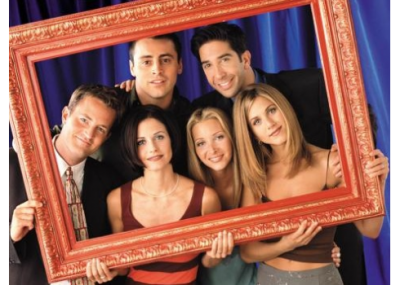 DRD2 is the gene responsible for producing a type of dopamine receptor.

Researchers believe that people with a variation of this gene are at an increased risk for alcoholism–and these individuals are more likely to become friends with one another.

The study was conducted on 14-year old subjects which eliminates an alcohol environment as a friendship catalyst (e.g. bars, frat parties, etc).

People with the CYP2A6 gene are more likely to look for friends who had slightly different personalities than their own.

“…It’s not the case that you and your friends are drawn to the same environment,” says Fowler, “For those genes, [they are] much more likely to be [cases] where you actually choose people of a different genotype to be friends with.”

What does all this mean? The friends we have may be selected by biological and genetic features unconsciously, which in turn affects the potential partners we come across!

If you think about it–it makes sense! Our DNA/genetics shapes us to be who we are as people. Maybe my DNA makes me hate roller coasters and as a result, I’ll most likely be friends with those who feel the same way about amusement park rides!

This study also clarifies why we come across some couples who are so similar that you feel they’re meant to be and others who are so different you wonder why they’re together!

It’s all in the DNA!