It’s that time again! If you were entertained by the stories we’ve featured so far, then sit back and get ready for more; today I am sharing with you a story from my OWN experiences.

My sophomore year of college I was an RA, and for the most part, a lot of the RA’s had great relationships with each other. We had to attend meetings and sometimes throw events together so we had a pretty tight bond.

The male RA’s in the male dorms would try and prank us sometimes by calling us and saying ridiculous stuff:

“what kind of panties are you wearing in that dorm office?’

…and things of that nature.

One night, I was in my dorm room with another RA as well as a few others. We decided we were going to do something to get the guys back for all their silly pranks.

We devised a plan to bring the guys over to the dorm, invite them in the lobby ,and then attack them with water balloons. We had everything thought out and organized. I called the guys, told them that we wanted to have a sleepover with them in the lobby and asked them to bring movies and food. They were very excited to say the least.

We got one of the RA’s in our dorm to go with them to get food so she could call us when they were close enough so we could deck them with balloons.

The rest of us waited in the bushes and we sat there for literally an hour (now that I’m thinking about it, I have no clue why we didn’t just go inside and wait for her to text us and tell us they were close).

When we finally did get the call that they were walking up the stairs, we ran out and just started throwing all the water balloons we had.

They were soaked, and some were kind of pissed. Two of them walked back to their dorms (sore losers) while the rest of them accepted their defeat and we watched movies and ate together. They ended up getting us back horribly but that’s another story for another day 😉 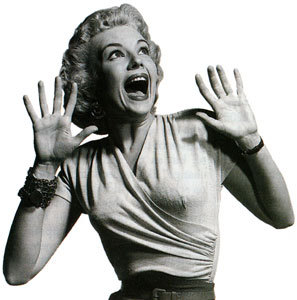 This next story belongs to someone I met who lives in apartment-like dorms.

“It all started when my roommate started dating some guy. The relationship went kind of sour early on and she was really upset about it. Every time she would see him in public she would always comment on how he was a dog or things of that nature. This happened pretty often because he stayed in the same area as our dorm.

He parked in the same parking spot every day so one day we were all sitting around and thought it would be funny to play a little prank on him. We wrote on a sheet of paper ‘Losers Parking Spot’ and put trash all over the particular spot.

Later that day, he took out his trash and put it on my roommates car. All of us were furious, and to pay him back one of my other roommates put chocolate sauce all over his door.

Everyone assumed that it was my roommate who was dating him that did it so when the RA’s and officials heard about it they threatened to kick her out. Instead of being removed, she just ended up having to stay away from his room, even though she didn’t do anything in the first place, she was guilty by association.”