I know, I know. You’ve been waiting patiently and I’m back! You demand, I supply.

It’s the end of the week and you know what that means: more stories for your entertainment! I know you enjoyed the last few weeks of stories from vandalism to pranks, so I hope you get a chuckle out of the dorm stories this week, too!

This one is actually from one of my sorority sisters. See what happens when pranks run wild in the dorms and how one female dormitory really made a mess for the guys after dealing with an “emergency.” 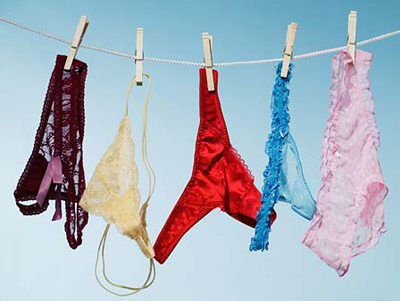 “One night in my dorm we had an emergency meeting and I don’t know about anyone else, but when I think of an emergency I think of fire or some other kind of life threatening circumstance.

This was not the case.

They called this meeting in order to warn us about a possible “panty raid” that the men’s dorm had been organizing. My roommate and I looked at each other and laughed that this was the so-called “emergency.”

About a week later around 3 a.m., the fire alarm went off. I staggered blindly down 3 flights of stairs and outside my dorm.

The cops were outside and the RAs were going crazy. I guess the rude awakening disturbed the peace amongst the residents because two females began fighting. A cop defused the fight with some pepper spray and I laughed from a distance.

About 45 min later, we were allowed back into our dorm only to find blue paint drizzled all up and down the halls on the 2nd floor. Later we found out that a few guys from the male dormitories did it. A few weeks later, some of the girls got the guys back by sneaking into the men’s dormitory and throwing used coffee grounds and tampons dipped in ketchup everywhere.

This second story is another Fernesha Hurst original that I was reminded of a few days ago… and it still makes me laugh. This is just another example of what lengths guys will go to (embarrassing, illegal or other) to get girls to talk to them!

“At my school, all of the female dorms are basically connected.

Behind the dorms there is a big grassy area and if you lived in a room near that grassy area, you could see another person’s dorm window across from yours (people who were lucky enough to know each other used to yell across the way to one another all the time, it was annoying).

Anyway, one night I was in my room with my roommate when I heard some singing. At first I just thought it was some girl outside with really bad vocals, but it sounded more like a man’s voice.

When my rooommate and I looked out the window, we noticed there was a group of guys outside singing randomly at all the windows, their assumption being, some girl(s) would open the window and talk to them. I think they only had one taker (had they sounded better I would’ve opened my window).

Anyway, apparently someone snitched on them and the RD came out to yell at them and tell them to go away, but when she got outside, they started to serenade her, too.

She eventually called the campus police and they had to take their bad vocal cords back to their dorms. There were never any more vocalists outside our windows after that.”