Adderall 101: What You and Your Pill Popping Friends Should Know

Students swallow it, snort it, and now more than ever they abuse it. Most importantly is despite the absence of a prescription, students continue to pop this beloved “miracle pill” and soak up the benefits of its peach-colored glory.

It makes perfect sense that 20% of college students have used Adderall or Ridalin within the last year and that more than half of students with prescriptions are pressured to distribute and sell the drug to fellow students.

While a 30 mg extended release tablet will keep you focused and motivated for up to eight hours, an immediate release 15 mg tablet will help you “bang out” a last minute paper so you can make it to Karaoke at 8 and be drunk enough at 10 to sing Dirty Pop with your bitches, right?

Wrong. What students fail to recognize is that although Adderall helps increase concentration by reducing the excess stimuli (distractions), side effects include dry mouth, diarrhea(ew), blurred vision, and most unappealing, a decreased sex drive-woo!

Because it’s clear Adderall and its loyal band of illegal pill poppers are here to stay, I’ve decided to give you Adderall 101 to help you and your friends better understand the drug you so eagerly depend on. Get help for someone addicted to adderall.

1. What exactly is Adderall? 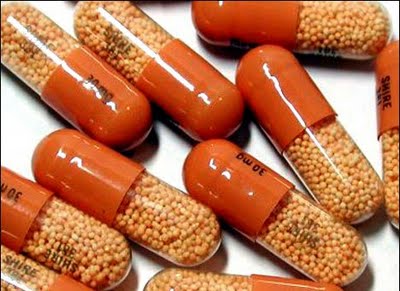 The combination of dextroamphetamine and amphetamine (Adderall) is a schedule II amphetamine, which is used to control symptoms of attention deficit hyperactivity disorder (ADHD). It is a stimulant, which falls under the same family of drugs as methamphetamine and cocaine.

The drug helps treats users’ difficulty to focus, controls their actions and can help an individual be still or quiet.

This is a federally controlled substance because it has high potential for abuse and if used in large doses for extended periods of time it can increase dependence. Selling the drug is considered a federal crime.

2. Is snorting Adderall the same as swallowing it?

Snorting Adderall more closely mimics the effects of cocaine and gives users an intense “rush.” In relation to college use, snorting Adderall is more prevalent at parties because snorters describe the rush similar to that of cocaine, which increases feelings of euphoria and intense alertness.

3. What are the side effects of taking Adderall?

The DEA lists several side effects, including heart palpitations, increased blood pressure, sweating, vomiting, rashes, and chest pain. Most relevant to sexually active college students is its’ effects on one’s sex drive and ability to orgasm.

4. Who is most likely to use the drug?

Studies show that white males in fraternities throughout the northeast are most likely to use Adderall. At large however, the US prescribes more Adderall than any other country.

So, the next time you decide to sell, snort, or swallow Adderall, I urge you to think of the above. Along with a rash and diarrhea, you may find yourself sexually frustrated for weeks and incapable of having an orgasm (that side effect speaks for itself).

However, if you’re one to pass up clear skin and great sex (protected, of course) than by all means do what “everyone is doing” and risk the above for the good grade you could have gotten if you stopped stalking your ex on Facebook and simply committed yourself to focusing.