For those who were born in the late ‘80s, being a kid in the ’90s was probably the best time for cartoons.

Those cartoons kept us entertained for hours upon hours.

Shows like Hey Arnold! Angry Beavers, Pinky and the Brain, Animaniacs, Dexter’s Laboratory, Rugrats, Doug, and countless other cartoons were the highlight of our childhood. They gave us something to look forward to on Saturdays while we sat in front of the television with a bowl of cereal watching One Saturday Morning cartoons.

These shows played a humongous part in our childhood, and children in this day and age don’t know what they’re missing. 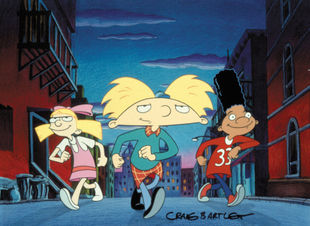 Sadly, this generation is deprived of the excitement of cartoons.

Don’t get me wrong, there’s nothing wrong with that, but in my opinion cartoons are a good part of what makes a kid a kid, and these days there are less of them for children to watch.

And it’s not so much that there are only shows featuring other kids, but the fact that the cartoons that are available to kids today are SO bad. They don’t even compare to the shows that we had at their age, and that is really sad! 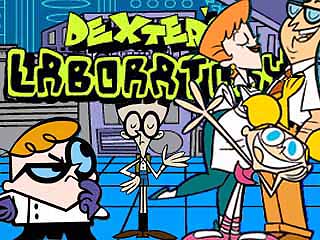 I wish my 10-year-old sister could watch the shows that I did at her age.

Instead, she watches things like Hannah Montana, Sonny with a Chance and Good Luck Charlie. While I can admit that these shows are entertaining, they’re a little too grown up for her.

The actors and actresses in these shows are usually older than the kids that are watching them. There are still a few cartoons hanging around but none like the ones that we had in the ‘90s.

When I have children, I’m definitely going to make sure that they get to watch all of the animated fun I did when I was a kid.

Time to make a big DVD purchase from Ebay! If you are obsessed with shows from the ’90s and everything that came along with that spectacular decade, check out Things 90s Kids Realize, you will LOVE it!

What was your favorite show as a ’90s kid?