Every college student has heard of, experienced, or seen some type of binge-drinking.

While everyone seems aware of what it is and how dangerous it is, many students don’t follow their own advice.

It is easy to be at party and get caught up in the moment, especially when everyone else is doing it too. 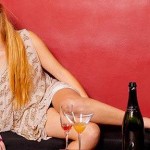 After reading the article on binge drinking from WashingtonPost.com, I thought it would be appropriate to address the issue to all of our readers as well.

The article was based off a presentation given by Emergency room nurse Sheila DeRiso and her experiences treating young patients with alcohol poisoning:

The results of these bouts of excessive drinking show up in ERs across the region. Most weekend nights – and especially around holidays – young people arrive at the ER injured in car crashes, sick with alcohol blood poisoning, unconscious or barely conscious after binge drinking or engaging in the newest trend of blackout drinking, or drinking to the point of intentionally passing out, (WashingtonPost.com).

The article also made mention of “blacking out” which is when a person consumes so much alcohol, that it causes a disruption in the brain, causing memory loss:

In humans that is called blackout drinking; in rats Swartzwelder calls it a profound memory deficit. It works like this: A teen drinks heavily but continues to function and doesn’t lose consciousness. But the next day he or she cannot remember a thing that happened. The hippocampus stopped encoding new memories during that blackout time, according to Swartzwelder….”People joke about blackouts, but they represent a serious neurological insult,” he said. “If you took a blow to the head hard enough to disrupt memory, you’d be really worried,”(WashingtonPost.com).

Aside from memory loss, binge drinking affects your ability to judge, your coordination, the way you think, and it can cause “dings” in your white matter.

According to the article, a study was performed on a group of patients, half of which had engaged in binge drinking, while the control group did not. Susan Tapert, a professor of psychiatry at the University of California at San Diego who performed the study found that the affects on the brain were obvious:

“We’re seeing reduced quality of white matter in adolescents who engage in heavy drinking,” she said. “White matter is important for cognitive abilities. The more these axons are coated with myelin, the more efficiently information is relayed,” (WashingtonPost.com).

Personally, I’ve seen it happen to a lot of students/friends and have even known people who have died from binge drinking. Everyone thinks it will never happen to them, but all it takes is one night, one too many shots/beers, and to be put to bed without being checked on for it to happen to you or someone you love.

If you or someone you care about is beyond inebriation, don’t wait to see if they sleep it off!

Call and ambulance, the cops, or whoever you need to get in contact with in order to get them help, because you may end up saying their life. Be careful this holiday and don’t forget to watch out for  yourself and the people you care about!