Through the numerous rumors and countless fallacies that are fed into the freshman mind about Greek organizations when they first hit campus, its become easy for students to believe false ideas and assumptions about what it entails to be a member. 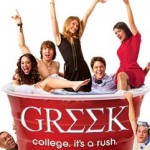 Some students are lucky enough to have some kind of idea how the Greek community works if they have close friends or family who have pledged Greek letter organizations; others are not so fortunate.

Being apart of the Greek world myself (Sigma Lambda Gamma National Sorority Inc.) I can tell you that when I first arrived on to my college campus I knew about one sorority and then as I slowly began to learn more, I learned all of the myths that were whispered around campus.

First of all, I can be the first to humbly admit that being in an organization changes you, but you can be the one to let it change you for the better or worse.

All sorority and fraternity members are not stuck up or conceited.

I am also not saying that there are members that aren’t stuck up or conceited, oh yes, there are a few, but that shouldn’t keep you away. Those people are just jerks and are few and far between; most people in Greek life are people looking to make friends, just like you.

Being in a Greek letter organization is NOT all about partying and drinking.

Although one of the perks of being Greek is the parties, that’s not all we do. Every organization is founded upon principles that we have to uphold, one of which is academics.

Before we were initiated members the majority of us came to college to get a degree; receiving letters didn’t change that goal. Undergrad isn’t supposed to last forever and we all do plan on graduating some day, a consistent amount of parties and alcohol would alter that goal.

This kind of goes in hand with #1, going Greek won’t change your individuality if you don’t let it.

It is easy to let all the limelight and get caught up in all of the popularity that Greek life may bring to you, but remember to remain humble. It only lasts for so long and at the end of  day you’re still a regular person just like the people that didn’t join.

And Finally, the mother of all misconceptions. Hazing.

Truthfully, we know by the media and by school and state regulations that this does go on. I cannot speak for any organization’s process but my own and I can say that I did not and would not do anything that would resemble hazing.

If you are considering joining an organization and you feel like they’re making you do something that may consider hazing or something you don’t want to do, then don’t do it. Nothing is worth your self respect.

Bottom line: it may be for you it may not be for you. Regardless, your college experience is a joy within itself. Enjoy that before anything.