Hate Work? Never Let Em’ See You Sweat! Situations to Avoid and Solutions to Common Issues in the Workplace

There is nothing worse than a crappy job…unless you have a crappy boss/co-workers! College jobs are usually pretty tough as you are typically performing jobs that no one really wants to do.

College Cures knows the deal so follow these tips to make it through the day with your sanity in tact.

Situation #1. You Hate Your Boss 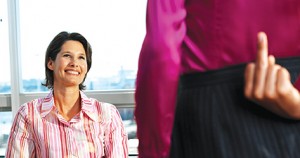 This is tough because the person you hate the most is the same person who signs your paychecks.

You feel obligated to put on a smile or pretend that you like them, but you secretly have a dart board with his/her face on it.

Get in, get out

I have found that when dealing with a boss I can’t stand, it is better to focus on the job itself.

Focus on the fact that the job is only temporary (even if that means the rest of the school year) and that it will be over at some point.

Try not to dwell on the things that piss you off, just keep repeating however many more hours you have to work until you get to go home!

Love what you do 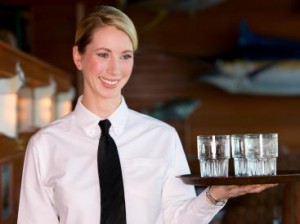 Identify an aspect of your job that you enjoy or are good at.

Instead of focusing on not punching your boss in the face, focus on doing that aspect of the job well.

If you work with customers, focus on being a great communicator and helping them find what they are looking for.

If you get stuck doing something in the back room, be thankful.

Think about on how you don’t have to be around that prick for an hour and try to relax.

Remember you are only there until X time and when you’re gone, you don’t have to see him/her again until the next work day.

If it’s the job you hate, focus on the cool people you work with or the fact that your boss doesn’t care if you come in late everyday. Find the good in whatever it is you are doing and make that the light at the end of the tunnel!

Stick up for yourself

I know it is easier said than done, but if your boss is making sexual comments or lewd remarks, tell him/her you are uncomfortable and leave it at that. If it continues, it may be time to quit, unless you can complain to a supervisor.

DO NOT BECOME FRIENDS WITH YOUR BOSS!

The more “friendly” you are with your boss, the harder it is to be serious with him/her about work-related issues. Keep work separate from your life and DON’T tell him/her about your personal life or anything that will make your boss think you are friends.

So what is the problem? Do you work with a bunch of snobs? Idiots? All-around-assholes? Whatever the issue, there are ways to remedy the situation. 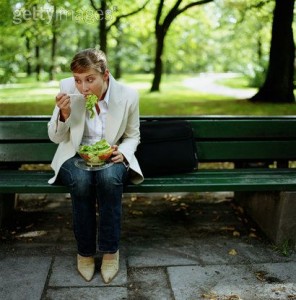 Whether this means going out for lunch, eating outside on the bench next to your office or in the backroom or having your friends visit you while at work, you need to make time for yourself. Get away from your co-workers as often as you can. Take a long lunch break, be the first person to help customers, or pretend to be doing something useful so they don’t bother you.

Make friends with at least ONE person you can stand

If you become friendly with someone at work, it will make it more tolerable on the days you work with him/her. I have had a LOT of jobs and I will tell you right now, making friends with someone you trust, like, and enjoy talking to (even if it’s just at work), makes all the difference in the world.
Who knows? You may end up with a great friend in the end (hey, that rhymed), and also someone to talk shit about your boss with! 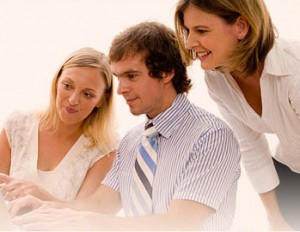 Let’s assume the people you are working with are in fact college students. Therefore, at least SOME of them must enjoy going out/drinking/having a good time.
Why not ask one or a few of your co-workers out to the bar for drinks after work? Schedule a trip to see an up-coming movie or invite them over to your place to hangout.

If your co-workers get to know you (and you get to know them) outside of work, you may find that you have something in common with at least one of them and this will inevitably make it easier for you at work. 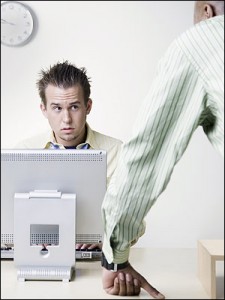 No one wants to be “that guy” or “that girl” who brings up problems and stirs up “drama,” especially when it seems easier to just ignore it and deal with it later by cursing your co-workers names.

However, just know that if a problem at work exists, that problem usually isn’t going away, especially if the problem is a person you work with.

Instead of being confrontational, maybe bring up a problem casually to the person causing you aggravation and see what they say.

For example, if your co-worker acts superior to you and is constantly taking over when you are in the middle of talking to customers, maybe say something like “Don’t worry, I’ve got it,” when they try and interrupt.

If you deal with conflict in front of the customer where your co-worker cannot put up a fight, they are likely to get the message and back off.

You are also dealing with the problem in a mature, professional way without being rude or causing problems at work.

If you love drama and don’t mind calling people out when they are doing something that bugs you, that is fine, just know you may not hold on to your job that long.

People who run businesses do not want employees who cause problems; they will look at YOU as the problem and their way of fixing it is taking you off the payroll.

Just remember this job is TEMPORARY and you won’t be doing it forever! Chin up soldier!!!