What is the story behind the infamous bad-guy football player Michael Vick?

He spent a couple years in jail because of a really bad idea to enslave hundreds of dogs in fights–as if he didn’t have enough money already. But of course, that is besides the point because we can’t change the past; we can only do what we can to ensure a bright future.

So what exactly did Vick do? What is the story? 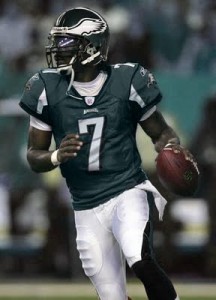 In 2007, Vick was sentenced to complete 23 months in a federal prison because he had more than 60 dogs on his property that he used to conduct fights. After the arrest, you could only imagine how badly his named was slandered. For many, Vick’s arrest was seen as absurd; others felt he deserved everything he got.

After his release, he created a TV show that aired on BET entitled “The Michael Vick Project” which was to show the world his transformation and growth. Throughout the show, he made attempts to deliver a positive message against dog fighting as he travelled and spoke to students at public schools.

Vick knows better than anyone that being free doesn’t always mean freedom. He had a difficult time when he was first released from jail because no team wanted a dog fighter, then finally, the Eagles decided to take a chance on him.

The chance they took was probably the best decision they have made and has left the other coaches watching with massive envy and regret.

The Challenge He Conquered

The Eagles originally had Kevin Kolb, who isn’t a bad QB, but we heard there was someone better. Vick was Kolb’s back-up in case he got injured and couldn’t play. At this point, the Eagles were at a 2 wins and 2 lost.

Kolb was injured in the 4th game and couldn’t play, therefore, Vick was able to stand up and make a statement. His statement was large. It was then that the Eagles began winning.

The next 4 games were victories and of course, it got everyone talking. What WAS Kolb doing when he was QB? Unfortately, Kolb healed and Vick was put on the bench once again. The shocking factor: The Eagles lost the next 2 games; with a score of 4 loses…all because of Kolb.

The decision was made to put Vick back in the game and guess what? You guessed right! The Eagles started winning again!

Now, Michael Vick, pat yourself on the back for being the little engine that could. 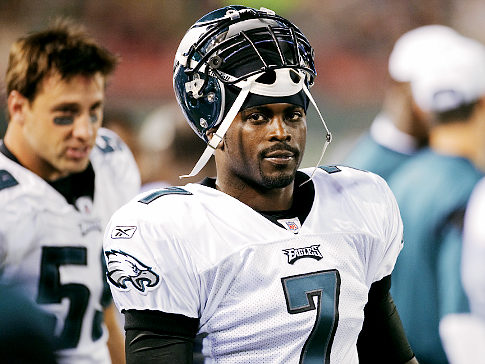 1. He throws with his left hand even though he is right handed.

2. He wears number 7 on his jersey because he says it’s his lucky number.

3. His nickname as a child was Ookie.

4. At 3 years old, he glued his eyes shut accidently.

5. His first year in college, he experienced homesickness and would beg his mother every night to send him back home.

PS: What athlete would YOU like to see featured next?