Here is a fighter the media loves to hate. 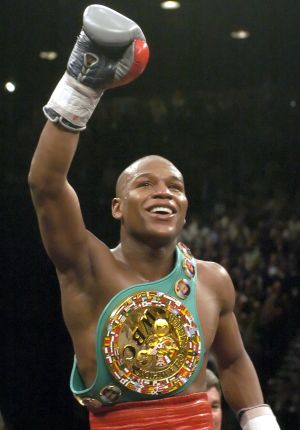 Mayweather has created a name for himself that he refuses to blemish. His 41 wins and 0 loses makes him the best fighter in the league—or is he?

He acquired the desire to box from his father, Floyd Mayweather, Sr., who was a fighter himself.

The relationship they had was never a perfect picture. At the age of 16 he moved in with his grandmother because his father lived the life of a drug lord. His conviction lead him to prison because of cocaine.

It was during this time that Mayweather, Jr. realized he had a desire to fight, but not only did he fight, he mastered the sport. He fought all the great fighters, including Oscar De La Hoya, and now the public is waiting for the biggest fight of all time.

The biggest fight of all time that we seem to be waiting for is with Manny “Pac Man” Pacquaio, who is an eight-division world champion that Mayweather Jr. refuses to fight.

There was a time when the possibility of a fight between the two was promising, but as it got closer to the date, Mayweather moved farther and farther away.

Mayweather’s Reason(s) For Not Fighting “The Big Fight:” 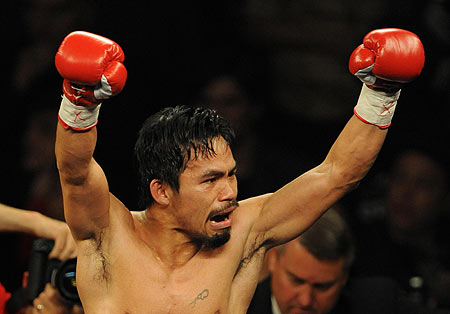 Yes, all fighters take a drug test, but Mayweather requested that Pacquaio draw blood and Pacquaio refused. He refused because of religious reasons, therefore, Mayweather backed out of the fight.

In a recent interview with Freddie Roach, Pacquaio’s trainer, it was revealed that Mayweather turned down $40 million in a order to fight Pacquaio.

So, what is the real reason behind why Mayweather rejected $40 million, regardless if he won or lost?

No one knows. The assumption is that he is avoiding the best fighter in the game because he doesn’t want to damage his undefeated name.

And doesn’t this make sense? I’d say it certainly does!

4 facts you may not know about Mayweather: