Crypto Is A Young Man’s Game, Here’s How To Get Started

Fiat currency is a fundamentally flawed system. Ever since 1971, all major currencies were backed up by gold. It was called the Gold Standard, and empires were built on this system. In 1944 when the major power in the financial world, the UK, was at war, the Bretton Woods agreement was made. Ravaged by the Blitz, the UK and other major powers decided to give the US the privilege of having the world reserve currency. The US dollar was backed by gold and thus, all other currencies were backed up by it. However in 1971 the Nixon Shock occurred where the USD was no longer backed by gold but essentially by the FED. Paper backing up paper has led to staggering debt and a growing lack of confidence has given rise to cryptocurrency.

The crypto of business

The issue around fiat currency and online banking is that it takes too much time for many entrepreneurs and small businesses to get the funding they need. Hence, many small and medium-sized enterprises have started using Ethereum. It’s used by businesses for smart practical contracts, as a way to digitize their transactions. It’s a blockchain as all cryptocurrencies are, but in the context of business, it makes quick transactions a lot safer. It speeds up the purchasing of materials, expertise, leasing of equipment and also, for minor expenses such as travel and or accommodation. Regulatory organizations have also relaxed their approach to Ethereum and taken it off the alt-coin list which will make it rise in price. 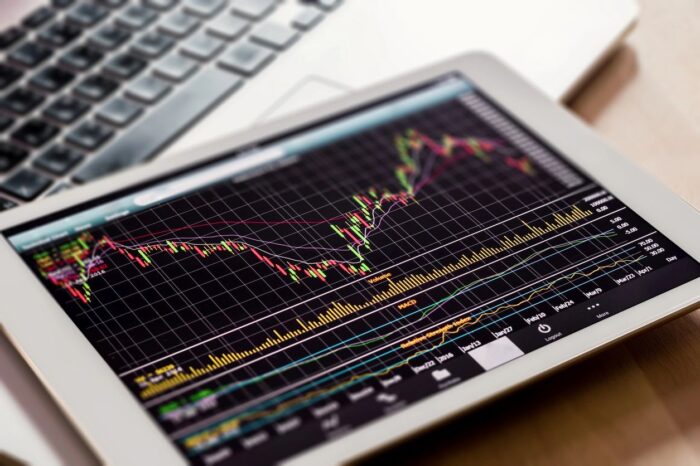 Of all the cryptos in the world Bitcoin is clearly the one to hedge your bet on. Granted it has been volatile in the past couple of years, but unlike many other cryptos, it is largely taken seriously by the majority of mainstream investors and traders. It’s also proved to be a good stable bet as it has risen back up to the price it was at the beginning of the year, after a brief shock. In January it was priced at $9,365 and it slumped to just $4,994 in the middle of March. It made a meteoric comeback, shooting up to $9,900 in the middle of May. The current market value of BTC is $9,540 and seems to be holding steady in the $9,000 region. Using a trusted platform you can use the liquidity on offer to invest in BTC right now. You only need to have a piece of ID such as your passport, a verified email address, and phone number and away you go.

Ripping through the tide

The crypto world is begging to find out which crypto traditional banks choose to adopt as their own. Ripple is tearing through all others and is being touted as the crypto that banks are using to forge their cryptocurrency infrastructure. It’s also very cheap, as the XRP price is $0,233759. This makes it more abundant than other cryptos, leaving it more accessible to the average person.

These 3 cryptos are the ones to watch. The old standby that is BTC is still the top pick but Ethereum is something more businesses will begin to use and Ripple seems to be the bankers favorite.