Months ago, back when I wrote music instead of prose, I scoured the internet for a blog or a website that would be interested in sharing my new EP. Those four songs were my magnum opus, the first set of songs I’d created that actually sounded like I wanted them to, and I was incredibly proud of them. It had taken me months of work and years of practice, but I had finally created the music I fantasized about when I first started producing.

You can imagine my disappointment when nobody was interested. I never got any response from the dozens of emails I sent to various blogs, websites, and YouTube channels. I sent follow-up emails, submitted to dozens more blogs via submithub.com for $1 a track, and waited. Still nothing. Finally, I fell back on my last resort – paid submissions.

During my initial blog search, I came across a few sites that required a payment of around $20 with any track submissions. If they like the song, the “submit” page says, they’ll post it on their site, repost it on SoundCloud, or both. If they don’t think the track is of a high enough quality to support in good conscience, they’ll give you a paragraph or two of expert feedback along with a polite rejection.

“Seriously?” I thought. “If they don’t like it, they just take the money? I’ve submitted songs via SubmitHub before, but that’s only $1 per submission. If I could get paid $20 to listen to a song twice and send a paragraph of feedback, I’d drop out of college right now! That’s $40, maybe even $60 an hour. Plus, other sites have free submissions, so I don’t see why these would be worth it.”

I didn’t like the look of it, but I paid my $20 and submitted a song. I imagined some greedy little goblin on the far side of the internet sitting on a pile of $20 bills, cackling maniacally while sending hundreds of rejection letters to desperate young producers like me. My inbox pinged a day later, and I eagerly opened the email to see… of course. A rejection. But that rejection came with the promised paragraph of feedback, as well as a surprise – a refund of my $20. Even though it didn’t cost me anything, I felt frustrated with the system.

Musicians sometimes get the idea that music is some noble endeavor, a pure form of art that deals directly with the human soul and should have nothing to do with money. Unfortunately, that’s not the case, and the music industry is rife with scammers, cheats, and fakes. Are these sites a part of the problem, or is their paid submission system legitimate? After months of idle curiosity, I decided to find out.

How do these sites help artists?

First off, do these paid submissions actually help artists in a significant way? A quick glance at some SoundCloud numbers doesn’t look promising. A site may advertise that it has 10,000 SoundCloud followers, but its reposts might only get around 500 plays. This isn’t unusual. According to an article by Budi Voogt, only 3-5% of a channel’s followers will listen to an average repost. However, soundcloud numbers alone don’t paint a complete picture of the services that these sites provide.

Many of these sites post approved submissions to the actual websites, along with a short article. The SoundCloud repost is just an extra. As an artist, it’s easy to fixate on the number of plays you get, and it’s easy to use that number to measure success.

The exposure a song receives through other means – the “free downloads” page on EDM Sauce’s website, for example – is harder to quantify. Once a song gets downloaded, it can go anywhere in the world. EDM Sauce has a reputation for supporting quality music from up-and-coming producers, and people visit the site to find something new. Great undiscovered music is extremely valuable to DJs, so they often visit the site looking for some songs to fill out a mix. In some cases, those mixes have been played live in front of huge crowds, exposing submitted songs to thousands of listeners.

A common critique of SoundCloud reposts is that they boost your number of plays, but there’s not much interaction (likes, reposts, comments, or new followers). This is a valid concern, but whether or not it’s true really depends on who is reposting your song. For example, SoundCloud channels that charge a flat fee to repost songs regardless of the songs’ quality are some of the worst options in terms of gaining followers. They’re good for your play count, but not for engagement.

By contrast, I’ve heard good things about sites like EDM Sauce and ThatDROP. Production duo Equilibria states that “…fans that come from [EDM Sauce] actually enjoy our music, and we still get notifications from those users with each new release, before the reposts.” Of course, this doesn’t apply to every site out there, and some are certainly better than others.

Why do these sites charge so much?

Long story short, free submissions just don’t work that well. They’re expensive, time-consuming, and inefficient. During an interview, ThatDROP’s founder and CEO Brett Napoli explained his experience with both paid and unpaid submissions. Originally, submissions were free for artists, but they cost ThatDROP a lot of money. The site’s inbox was flooded with submissions, and Brett had to pay an employee to listen to those songs one by one.

Let’s do the math. If we assume that an average song is about 5 minutes long, you can listen to 10 or 12 an hour. When you factor in the time it takes to write an email back to each artist with some genuine, helpful feedback and criticism, that number shrinks. On average, Brett said, it took between two and three hours every day just to listen to those songs. 2.5 hours a day, excluding weekends, is about 55 hours per month. Brett lives in Florida, so we’ll use Florida’s minimum wage of $8.25/hour. That adds up to $450 a month, or more than $5000 per year.

Add in the other costs of operation such as website hosting and paying other employees, and you’ll find that sites like these have a lot of overhead to cover. The money raised by paid song submissions just barely makes a dent in it. Most of the income a site like this generates comes from selling advertising space (which most sites prefer to avoid) or sponsored posts.

Cost aside, paid submissions are much more efficient. Kris Novak, Vice President of EDM Sauce, explains it best: “Literally 95% of the submissions that we had when we opened up the free submission box, people had just started producing that week. So we were getting, like, a kick drum and a single-layered synth with a basic melody… And we were getting like 1000 a month, it was crazy. And in between those 1000, there’s like 5 or 6 that were incredibly great tracks that we just completely missed.”

Once EDM Sauce started requiring payment along with submissions, the number of submissions dropped rapidly… but at the same time, the site’s acceptance rate skyrocketed. The pay-gate has been effective in dissuading the hordes of rank beginners from assaulting the submission box with bad music, while still giving more serious and experienced producers a chance. And this isn’t a payola scheme – the songs that these sites approve are still chosen based on merit. Paid submissions allow these sites to earn money toward keeping their lights on without forcing them to sacrifice quality by promoting bad music in exchange for payment. The money is good for the site, and the higher acceptance rate is good for producers.

On the surface, paid submissions might look like a scam, but that’s not the case. Nobody likes the fact that it costs money. Producers would rather not pay, and sites would rather not have to charge, but free submission boxes just don’t scale well. Paid submissions allow sites like these to keep their quality up and avoid wasting time and money, while still providing producers with a chance to have their music heard by a wider audience.

Written by: Elijah Petty, a passionate writer and occasional musician from Fort Collins, Colorado. He is currently wrapping up his last year at Colorado State University. Follow Elijah on Twitter. 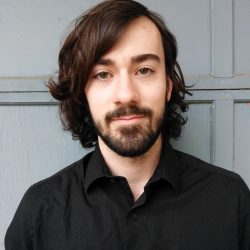