College Mulligan: 5 Things I Probably Would Have Done Differently in Undergraduate

They say that your years at college are the most transformative years of your life. While I definitely agree that I learned more about myself during that span than any other era of my life up until that point, there were many habits and patterns of thinking that I developed that hindered me from fully taking advantage of opportunities that would become available to me.

When I was younger I would always scoff when my mother would reiterate that I was not as invincible as I believed myself to be while simultaneously preaching that one day I would come back to her and simply confess,

Mom, you were right.

Well here is my manifesto to my mother. Mom, you were right after all.

As I begin to immerse myself in the “real world” and accept the realization that I will not be able to bounce out of bed and be productive after a night on the town, many things start to fall in to place and make sense. While I am not the kind of person that will regret things that I have done, I am also very reflective and look back on behavioral patterns I adopted during my debaucherous undergraduate years that did not necessarily work to my advantage.

I must preface that I am extremely happy with where I have landed and a firm believer that everything that has occurred up to this point has led me to where I am. But sometimes one cannot help but wonder what would have become if some things were done differently.

Since graduating six months ago I feel I have learned more about myself than during all of my formal education. Applicable life lessons that directly begin to affect personal relationships, finances, and overall self-efficacy. With that being said I want to share with you some things that were not necessarily what I perceived them to be.

If I was absolutely forced to take a mulligan, here are 5 things I probably would have done differently in undergraduate.

1. I would not have joined a fraternity.

Don’t get me wrong. I had a substantial amount of fun during my two years in my fraternity. Probably too much fun. Themed parties, formals, co-ed mixers, Hell Week. Oh, wait… that doesn’t exist. But I placed too much emphasis on superficial relationships that were, for the most part, meaningless in the long run.

Nothing will replace my memories of football Saturdays, chapter dinners, and pledge meetings but for someone who paid their way through school himself, it was money and time that could have been more efficiently and productively allocated elsewhere. The best friends I have ever made have been those that have randomly come in to my life at the most unexpected moments. I could not tell you one single meaningful relationship that I developed through random encounters at the bar.

Many of my pledge brothers established life long friendships that will follow them in to their final years and I am definitely respectful of that. I guess it just was not my scene.

It is not my intention to bad mouth the Greek system because it definitely does have its’ benefits. Competition, networking, girls… I just wished I would have listened to those who said that it was not for everyone. In the long run, it just was not for me.

Call me lame. Call me a nerd. Say what you want. But I consider myself lucky to have realized the wisdom and value of those older than me at such a young age, before it is too late to soak it all in. My most meaningful relationship that I have held on to is that with a college professor who recognized my potential and guided me in the right direction.

Although I graduated with honors, finished my Master’s degree, and got a job with one of the most prestigious companies in the world, I still messed around way too much and under-appreciated the education I was paying for while I was still on campus. The office hours I did attend made way for some of the most memorable conversations I have ever had lined with knowledge I will never forget. If only I had gone to more.

3. Listened to my gut, not other people.

I can think of three significant times where my gut was speaking to me and I chose to listen to the popular opinion. Sparing the details, one led me in to a physical altercation, another landed me in handcuffs, and another led to me finding out that my long-term girlfriend was going behind my back with my best friend.

Moral of the story is, if you follow your heart and listen to that little voice in your head you will usually end up on the right side of things. Every other time I have listened to my gut, it has worked out for the better. 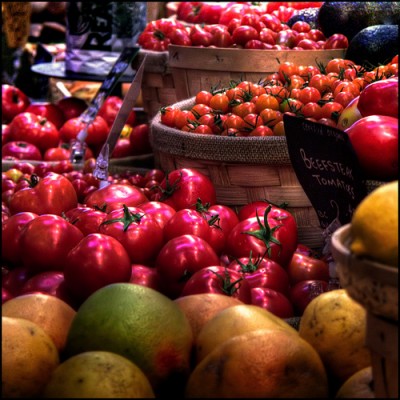 I am by no means an old man. However, at 24 I am beginning to feel the effects of four years at one of the largest universities in the country.

Once I began my graduate studies I began doing yoga, avoiding fast food, eating more bio-available nutrients (fruits and vegetables) and just paying attention more to what goes on around me. This has given me a better self-image, more energy, and significantly improved my personal life.

It all goes back to the aforementioned adage, you are not as invincible as you think you are. You have one body and need to take care of it. Look at it like investing in a 401K or any type of financial savings plan. The sooner you start, the better off you will be.

Which brings me to my final point.

When student loans were coming in I didn’t really look at the long term ramifications of borrowing or saving money. Though I consider myself pretty savvy when it comes to managing my expenses, it definitely would have been in my best interest to take one of the most applicable classes offered.