With Academy Award nominations announced on Tuesday, now is as good a time as ever to discuss who has the chance of winning an Oscar.

But what if you didn’t have time over winter break to see The Fighter? Are you doomed to be left in the dark forever while your friends discuss The Social Network and Black Swan? What even happened in Inception, anyway? Fear not: here is a handy guide to the 10 Best Picture nominees for the 83rd Academy Awards. 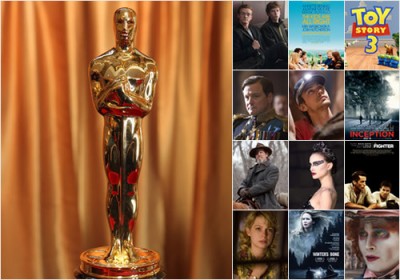 One-Sentence Summary: A naïve ballerina named Nina lands the coveted role of the Swan Queen…but is the role worth her sanity?

Why It’s Awesome: Natalie Portman is exquisite in her Golden Globe-winning portrayal of Nina, as she bounces from sickly sweet to utterly unbalanced.

The score, while relying heavily on Swan Lake orchestration, sends chills down the spine when juxtaposed with handheld-camera shots of ballerinas on pointe.

Why It’s Awesome: Newcomer Hailee Steinfeld shows true grit with her wonderful performance as the stubborn, yet endearing Maddie Ross; Jeff Bridges lights up the screen with his role as the perpetually drunk, sure-shooting Rooster Cogburn.

One Sentence Summary: A young, working-class Mickey Ward boxes his way to fame and fortune with help from his bartender girlfriend and drug-addicted half-brother.

Why It’s Awesome: You know from the beginning Mickey Ward will win the fight; it’s a combination of stellar acting and dialogue that keeps the audience guessing how he’ll do it.

One-Sentence Summary: King George the VI learns to overcome his stammer with the help of radical speech therapist, Lionel Logue.

Why It’s Awesome: A change from some of the flashback-laden, special-effect-packed movies this year, The King’s Speech tells a simple and clear-cut story allowing the audience to focus on Colin Firth’s uncomplicated portrayal of King George VI.

This is also the first movie in which Helena Bonam Carter has appeared and not scared me half to death. 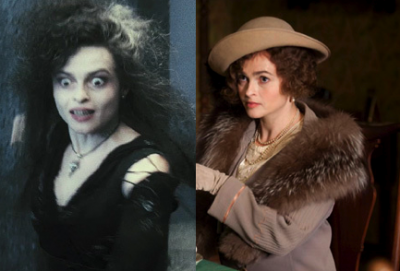 One-Sentence Summary: The invention of Facebook, from its creation at Harvard by a drunken Mark Zuckerburg to the lawsuit brought against Mark by his best friend, former classmate, and co-creator, Eduardo Saverin.

Why It’s Awesome: Jesse Eisenberg gives a refreshing portrayal of Mr. Zuckerberg as neither god or monster, but just another human being. The Social Network also swept the Golden Globes, winning Best Director, Best Screenplay, and Best Original Score.  Also, the trailer was wonderful.

One-Sentence Summary: Woody, Buzz, and the rest of the gang are separated from their owner of Andy when he heads off to college—well, sort of.

Why It’s Awesome: The clincher to a rare excellent trilogy, Toy Story 3 produces as many tears as it does laughs. And, as always with Pixar movies, there are Easter eggs abound: look for the Pizza Planet truck as well as the studio’s ubiquitous yellow ball with the blue stripe and red star.

Why It’s Awesome: The soundtrack. The soundtrack, plain and simple. It has been confirmed that while it was a popular movie this year, many found it confusing and hard to follow. If you have trouble focusing while watching movies, this may not be the film for you.

One-Sentence Summary: James Franco stars as stranded mountain climber Aron Ralston who, when a boulder crushes his arm, is forced to not only investigate his life, but how he will escape from his painful predicament.

Why It’s Awesome: Director Danny Boyle takes a Ralston’s tragedy and turns it into a triumph. Warning—the road from catastrophe to victory is extremely graphic. You won’t be the only one in the theater covering your eyes.

One-Sentence Summary: A girl tracks down her drug-dealing father in the backwoods territory of the Ozarks.

Why It’s Awesome: Seems like True Grit’s not the only movie with a determined female protagonist; newcomer Jennifer Lawrence’s depiction of heroine Ree Dolly was lauded by critics around the world, eventually garnering a Best Actress nomination.

The Kids Are All Right:

One-Sentence Summary: The two children of a lesbian couple in California introduce their father and the mothers’ sperm donor to their family.

Why It’s Awesome: The audience can’t help but enjoy the ups and downs of Jules and Nic’s lifestyle, thanks to the spot-on acting done by both Julianne Moore and Annette Bening.  Marc Ruffolo, received his share of praise, ending in a nomination for Best Supporting Actor.

Key Words: landscaping, college, Laser can be a person’s name?