Questions About Marijuana? The Most Common Misconceptions About This Plant

We all know that marijuana is illegal; and the reasons we say all this is because the media makes it evident: it’s bad for you, it makes you crazy, you hallucinate, and so on and so on. Right? 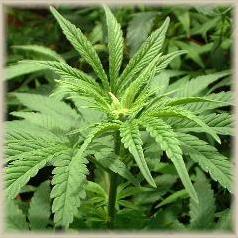 Or are we just mentally brainwashed into thinking that it can harm us when actually is can help us?

Below are the most common misconceptions about marijuana and the truth.

Marijuana isn’t addictive in terms of ingredients/composition; there is no nitcotine in marijuana like in cigarettes which is what makes them so addictive.

This means if you make the decision to smoke today, tomorrow or the next day, you would not be craving it for any reason other than you enjoyed being high.

And if you don’t have it, your body wouldn’t go through withdraws. It is a natural drug, therefore, if someone was persuaded to stop they would be able to without having to enroll in a drug rehab.

This isn’t to say that those who habitually smoke marijuana would not feel symptoms of withdrawal if they stopped smoking, because that would not be true. Any time you habitually do something, whether it’s exercising, drinking coffee, or eating at the same time everyday will have an affect on your body if you abruptly stop doing it; the same goes for smoking marijuana habitually.

2. Marijuana is the Gateway Drug

Many people who smoke marijuana refuse to smoke cigarettes or do anything else. Because marijuana is natural, many of it’s users feel justified in smoking it; drugs that are chemicals or manmade at off-limits to many pot heads.

If a dealer sells marijuana laced with something else, of course the user would crave the other drugs, but voluntarily doing other drugs just because you smoke marijuana isn’t normally the case.

3. It’s Worse Than Cigarettes And Alcohol

This is the largest misconception out there.

This is why so many people fight over the use of alcohol and cigarettes instead of marijuana because when it was first introduced to society, it was presented in a negative  light. The public was told that  marijuana use leads to insanity, hysteria, hallucinations, brain cell loss, memory loss, etc. Many deaths, including car accidents, were blamed on marijuana.

But according to DrugWarFacts.com, directly smoking marijuana and the side effects on the body have led to 0 deaths while tobacco is the cause of 443,000 deaths per year.

4. Associated With A Lot of Violence & Accidents

The truth of the matter is that marijuana makes people feel calm. Alcohol causes the drinker to lose control of his/her body and coordination skills which is why driving under the influence of alcohol is so dangerous: because judgement is impaired massively.

The point is, if marijuana and alcohol BOTH cause impaired coordination, why is only one legal and the other illegal?

According to UKCIA.org, the THC in marijuana has been proved to kill cancer cells better than chemotherapy.

Keep in mind, that we are not trying to persuade you to get involved with marijuana. This article is to simply educate you on what society refuses to. And because we are all in college and we understand that experimentation sometimes happens, we are only asking that IF you are going to experiment…do it wisely.

Do the research on whatever you decide to do in order to avoid situations that can change the rest of your life for the worse.