The Hangover, released in 2009, captivated college students as a hilarious and raunchy adventure that became the top-grossing rated R movie of all time.  Now, 2 years later, the wolfpack is back in a sequel that is just as sure to be staple flic for college students everywhere. Read on for an early review, straight from the Las Vegas Premiere! 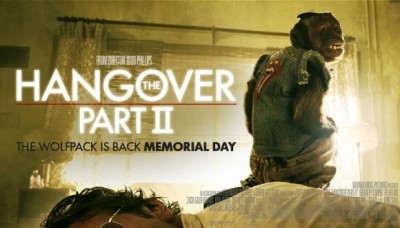 The Hangover Part II’s strength lies in its creation of a new situation that still follows the same premise of a bachelor’s party gone wrong. This movie’s groom is Stu (Ed Helms), who is marrying his bride in Thailand. When a bachelor bonfire goes awry, the original “wolfpack” of Alan, Stu, and Phil ends up in Bangkok with a lost wolf and night full of blank memories. Phil’s (Bradley Cooper) assessment at one point of “you know the drill” is an apt description of the movie. Featuring both new and old jokes, The Hangover Part II follows the same overall pattern of events that made up The Hangover. So, if you’re looking for a completely original and remade movie, don’t expect it from Part II.

That said, if you loved the original Hangover, then you’ll love its part deaux. More of a symmetrical installment than an extenuation, Part II features all of the laughs, raunchiness, and quotable one-liners that made The Hangover such a hit. Part II may, in fact, be even dirtier and funnier than the first. With characters such as Alan (Zach Galifianakis) and Mr. Chow (Ken Jeong) playing more prominent roles, both hilarity and nudity are ensured. 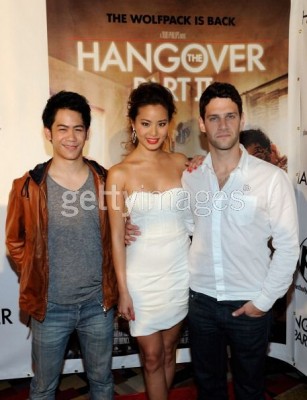 The Hangover Part II hits theatres this Thursday, May 26th.

Reviewer’s rating: 4 out of 5 stars