Getting Involved In College: The Perks! 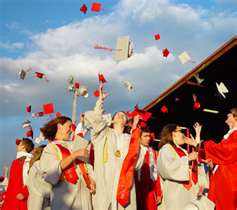 Getting involved in activities on a college campus has its perks. Not only can you add some pretty impressive stuff to your resume, but you can have some serious fun and make some lifelong memories and friends along the way.

College is the most important time in your life to start making some networks! High school can be tough time to do this, but in college it is really a necessity (or at least makes your life and job search a whole lot easier)! As usual, I give advice based on first and close second-hand experience. This article is no different, but all names have been omitted to protect my poor friends and family members!

Get involved at School

Getting involved with your school’s social committee can have its perks. For example, there may be a time when your school is hosting a speech or a concert that a celebrity is a guest at. The committee has probably already exhausted their resources paying the celebrity to appear. It is not likely that the school is then going to pay for a limo or a town car, or even a cab for that matter, to pick the celebrity up at the airport. Those jobs will have to be done by students on the committee. Those are some good memories made right there, especially if you are a fan. And even if you aren’t someone else is and they will be so excited to hear all about how a cast member from the most recent Real World season sat on the back left seat of your car and picked up a phone call from another cast member. I’m telling you, people eat that stuff up.

The club that I was involved in was supporting a campaign that was being supported by Hillary Clinton and when we attended the event, not only did we get free wine and food, but we got to hear an amazing speech by the now Secretary of State. And I got a picture – BOOYA!!

Geena Hall has a Masters of Education in School Counseling from the University of North Carolina at Chapel Hill. She has been a successful School Counselor at the high school level for three years and has a passion for the college admissions process. Geena Hall owns and operates Hall College Counseling, an Independent College Consulting business.